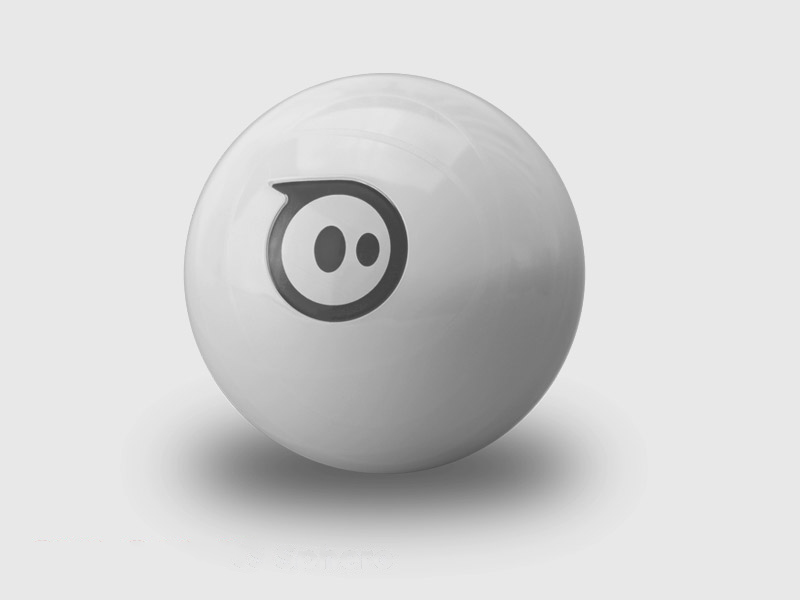 Sphero is a sophisticated and programmable robot housed in a polycarbonate sphere shell.

The cylon-sphero adaptor makes it easy to interact with Sphero using Node.js. Once you have your Sphero setup and connected to your computer, you can start writing code to make Sphero move, change direction, speed and colors, or detect Sphero events and execute some code when they occur.

Install the module with:

Example of a simple program that makes the Sphero roll.

In order to allow Cylon.js running on your Mac to access the Sphero, go to "Bluetooth > Open Bluetooth Preferences > Sharing Setup" and make sure that "Bluetooth Sharing" is checked.

First pair your computer and Sphero. You can do this using bluetooth preferences. (Sphero won't stay connected)

Find out serial port address by running this command:

Now you are ready to run the example code, be sure to update this line with the correct port:

Connecting to the Sphero from Ubuntu or any other Linux-based OS can be done entirely from the command line using CylonJS CLI commands. Here are the steps.

Find the address of the Sphero, by using:

Pair to Sphero using this command (substituting the actual address of your Sphero):

Connect to the Sphero using this command (substituting the actual address of your Sphero):

You should be able to simply pair your Sphero using your normal system tray applet for Bluetooth, and then connect to the COM port that is bound to the device, such as COM3.

The cylon-sphero module is currently compatible with Node.js versions 0.10.x thru 5.x.

How To Calibrate Sphero

You might want to calibrate the orientation of the Sphero so that it is pointed 'forward'. There are 2 functions that have been added to the Sphero driver to help with this.

Call finishCalibration() to turn off 'calibration mode' by turning off the tail LED and turning back on the auto-stablization. Whichever direction that the tail LED was pointed, is now the rear direction for the Sphero.

There is only one driver for the Sphero. Click on the image below:

Cylon.js provides a simple, yet powerful way to create solutions that incorporate multiple, different hardware devices at the same time.

Want to use Ruby on robots? Check out our sister project Artoo

Want to use the Go programming language to power your robots? Check out our sister project Gobot